Cruise Ships at Sea, Trying to Find a Berth 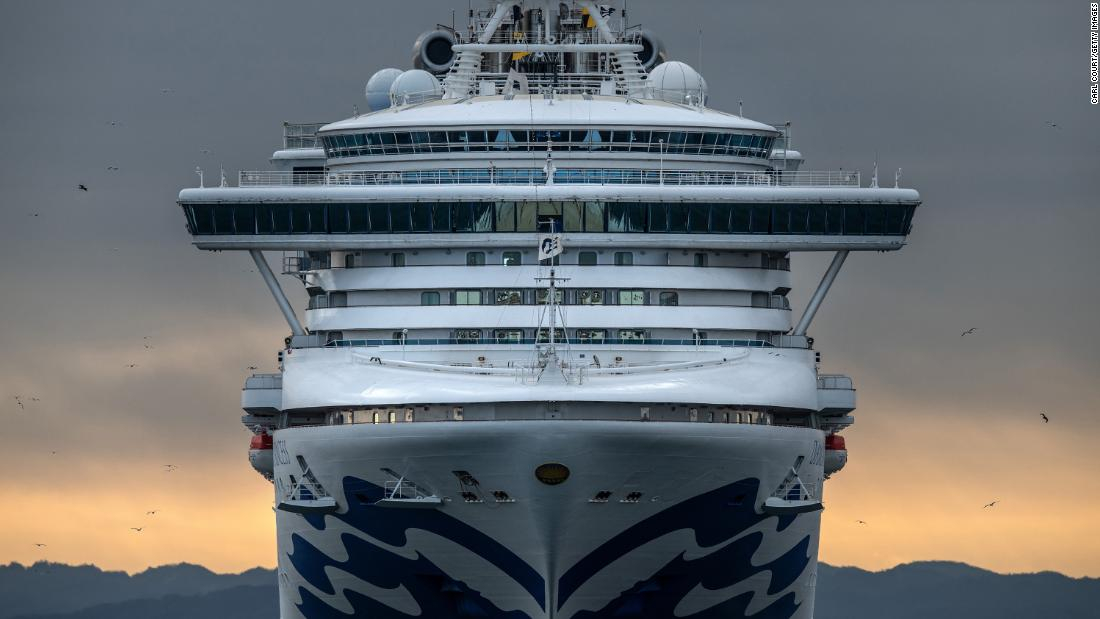 According to Caribbean News Digital, many cruise ships are unwelcome at ports around the world and are trying to come home.

More than a dozen cruise ships remain stranded at sea right now — some with and some without passengers– as ports deny entry and passengers panic about returning home.

According to a news report posted by KTAL 5, a Los Angeles-based TV station, on March 13, 2020 in light of mounting fears over onboard Covid-19 outbreaks, the Cruise Lines International Association (CLIA) made the decision to suspend operations from US ports of call for 30 days.

Two weeks later, thousands of passengers and crew members remain aboard at least 20 ships across the world, the report indicates.

Here are details on the cruise ships still in limbo that remain looking for a safe harbor to dock:

The Zaandam was sailing a South American voyage that departed Buenos Aires, Argentina, on March 7 and was originally supposed to conclude in San Antonio, Chile, on March 21.

Influenza-like symptoms have been reported by 76 guests and 117 crew members. Eight passengers have tested positive for Covid-19. Four guests on board Zaandam have passed away, the cruise line confirmed on Friday.

The ship stopped in Valparaiso, Chile, to refuel, and now it’s heading to Fort Lauderdale, Florida. All the ports en route are closed to cruise ships, so Holland America deployed another of its ships, Rotterdam, to offer relief.

Cruise ship Arcadia embarked on a 100-day, round trip World Cruise back in January, in a very different cruising landscape.

Now, the ship is making its way back to Southampton, in the UK. It’s due to arrive on April 12, 2020, on schedule. The ship is skipping all stops after it was turned away from Cape Town. There are no reported cases of Covid-19 on board.

The Pacific Princess docked in Australia on Saturday March 21, with the majority of passengers who disembarked on flights March 22 or March 23.

Those who couldn’t fly due to medical reasons remained on board the ship, which is now traveling towards Los Angeles.

According to former passenger CJ Hayden, some of those on board were previously traveling on Holland America’s Amsterdam, which also docked in Fremantle, Australia, on March 21.

Princess Cruises says there are 115 passengers on board and no known cases of Covid-19.

The Queen Victoria departed on an 82-day round trip South America Discovery voyage from Hamburg on January 8, 2020.

The ship is now on its way back to Southampton, set to arrive this weekend. All guests will be disembarked. No one is believed to be unwell.

The Queen Mary 2 set off on a 113-day New York to New York voyage on January 3, 2020. Most guests disembarked in Perth and flew back home from there. There are no known cases of Covid-19 on board.

MSC Magnifica disembarked on a world voyage on January 4, 2020. The ship’s passengers were not allowed to disembark when the ship docked in Fremantle, Australia, on March 24. The Magnifica says there are no sick passengers on board.

The Costa Victoria cruise ship arrived in Civitavecchia, in Italy, on March 25. Earlier in the voyage a passenger tested positive for coronavirus and was disembarked in Greece.

This decision was made to help get passengers on both vessels home as quickly as possible.

Some 239 passengers were transferred between the ships. British nationals transferred onto the Columbus, which is heading to the UK, while Australians and New Zealanders are now on board the Vasco da Gama.

There are no confirmed cases of Covid-19 on either ship. The Columbus is set to arrive in Tilbury on April 13.

The Vasco da Gama cruise ship docked in Fremantle, Australia, on March 28. There were 798 Australians and 108 New Zealanders on board the vessel.

The New Zealand guests disembarked the ship and flew home from Perth on Sunday March, 29.

On Monday March 30, all Vasco da Gama passengers from Western Australia traveled to nearby Rottnest island, where they will spend 14 days in self-isolation, before they are able to travel home. There are no suspected cases of Covid-19 on board.

The Artania cruise ship embarked on an 140-day world cruise from Hamburg, Germany, to Bremerhaven, Germany, on December 21, 2019. The ship has now docked in Western Australia.

Oasis of the Seas — Royal Caribbean

Passengers departed the Oasis of the Seas in Miami two weeks ago, but crew members remain on board.

On Sunday, the Miami Herald reported it had obtained a leaked recording of the ship’s captain announcing that 14 crew members had tested positive for Covid-19. The ship was anchored off the Bahamas but has since returned to the Miami coast. The ship is currently off the coast of West Palm Beach, Florida.

Symphony of the Seas — Royal Caribbean

Symphony of the Seas is the world’s biggest cruise ship, with 18 decks in total. Passengers disembarked in Miami on March 14, but crew members remain on board.

The ship is currently anchored off Palm Beach, Florida — following the medical evacuation of the sick crew.

The Costa Magica is docked near Miami, Florida.

This week, six crew members with respiratory symptoms were evacuated from the ship, and then transported to a hospital on shore by Miami-Dade Fire, according to a tweet from Miami-Dade County Emergency Management.

The vessel does not have permission to enter the Port of Miami. The ship previously docked in Guadeloupe and all passengers disembarked to get on flights.

Also docked near Miami is another Costa cruise ship, Favolosa. Seven ill crew members were evacuated from this ship along with the sick passengers who had been on board Costa Magica.

Like Costa Magica, the ship previously docked in Guadeloupe, and passengers disembarked there.

Azura is sailing back to Southampton with no guests on board. It is due to dock March 31.

The Hanseatic Nature is traveling from Central America to Hamburg, Germany, scheduled to arrive April 15. This voyage is taking place to get the ship to its hold position. All Hapag-Lloyd Cruises guests have disembarked.

This ship is on course to Barbados, scheduled to arrive April 3. This voyage is also taking place to get the ship to its appropriate hold position.