French Bee Serves Up New Service to Paris from Newark 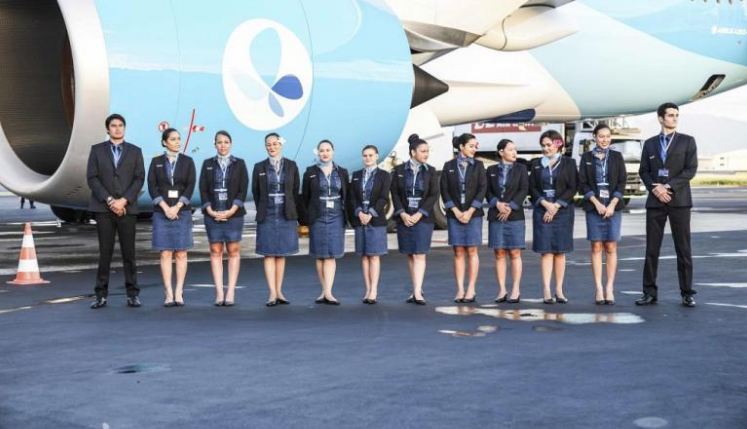 French Bee, France’s leading low-cost long-haul airline, is pleased to announce its new route between Paris-Orly 4 and Newark Liberty International. The first airline to have chosen the Airbus A350 XWB as the only aircraft for its entire fleet, French bee will operate the daily flight beginning June 10th, 2020. Following the launch of a new route to San Francisco in May 2018, French bee is continuing its development in North America and strengthening its position as a low-cost long-haul air carrier targeting a large customer base of leisure travelers.

Marc Rochet, Chairman of French bee, stated “After a successful year in both San Francisco and French Polynesia, opening a second North American destination has solidified French bee’s position as a leading low-cost airline between France and the United States. New York and Paris welcome millions of French and American tourists every year. Our latest generation of aircraft will provide them with both comfort and travel quality at an affordable price.”

This new destination will be served by the new Airbus A350 XWB, which is scheduled for delivery in June 2020. Along with reducing CO² emissions by 25 percent as one of the most fuel-efficient aircrafts on the market, French bee’s A350 XWB is specifically designed for ensuring passenger comfort on long-haul flights with increased air exchange (every 3 minutes), unparalleled sound insulation (4 times less noise than the Boeing 787 model) and 100% LED lighting designed to facilitate easier rest and wake-up.

Sophie Hocquez, Sales Director of French bee, explains: “With our A350s, passengers are only experiencing pressure equivalent to a stay at an altitude of 1800 metres, creating a much more comfortable atmosphere. In addition, the ultra-spacious cabin and the inclination of the walls create more space. As a result, we have received excellent feedback from our customers who have said they experience less fatigue, and are ready to enjoy their stay as soon as they step on the ground.”

Tickets for the new route will be available for booking from September 18, 2019, the date during which prices will also be announced. Travelers will be able to directly consult the company’s website, www.frenchbee.com, contact the call center on 0825 205 205 205 (0.20 €/min) or go directly to a travel agency in either France or the USA.

The French bee model, a confirmed success in all areas of operations

Thanks to its “blank sheet” model and rigorous management, French bee is expected to record an overall passenger occupancy margin of 83.6% and carry close to 500,000 passengers in 2019. From September 1, 2018, to August 31st, 2019, its turnover rose significantly by 37% to reach €119.8 million whilst the operating income reached €1.7 million.

Between Paris and the Reunion Island, French bee is expected to carry 4% more passengers than in 2018. In one year, the route occupancy margin is projected to increase from 85.4% to 86.2%. As a result, the company now holds a 20% market share.

The overall passenger occupancy margin on flights between Paris, San Francisco, and Papeete are expected to reach 89% for the summer of 2019. On the Paris-Papeete route, French bee is now the 2nd largest air carrier with nearly 35% of the market share. As for the Papeete – San Francisco section, the company now holds a 10% share of a market that has grown by 30%.

France’s leading low-cost long-haul airline, French bee (formerly French blue) is a subsidiary of the Dubreuil Group. Since June 2017, the company has offered daily flights between Paris-Orly 4 and Reunion Island. From 11th May 2018, French bee also has connected Paris to Tahiti via San Francisco at a rate of 2 to 3 flights per week. French bee operates a fleet of 3 Airbus A350 aircrafts under the French flag.