Brazil Has a Gift for US Citizens! 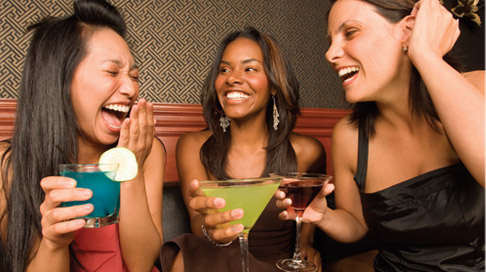 WASHINGTON, D.C. – Brazil is open for you! The Brazilian Government announced on Monday, 18th, that Brazil would allow visa-free entry for citizens of The United States, Canada, Australia, and Japan, effective in 90 days (June 17th). Until then, the current e-visa will be required.

Citizens of those countries wishing to visit Brazil will no longer need to apply or pay for a visa. They will be able to stay in Brazil for 90 days from the date of first entry in the country, extendable for an equal period, provided that it does not exceed one hundred and eighty days, every twelve months, counted from the date of the first entry into the Country.

These developments come as part of a series of measures that Brazil has taken to facilitate visitor access to the country. Last year, the government launched an e-visa platform through which travelers could apply for visas with more efficiency and ease.

Brazil has already seen extremely positive results with an increase of about 35% in the visa application in less than a year since implementing e-visa. These four countries are considered strategic for the development of tourism in Brazil.

According to the Foreign Ministry, in 2017, 169,910 visas (either for business, tourism or transit) had been issued to citizens of the four countries. With the implementation of e-visa, the number rose in 2018 to 229,767.

“This is one of the most important achievements of the Brazilian tourism industry in the last 15 years and we are confident that it will be extremely beneficial to the country,” said Marcelo Alvaro Antônio, Minister of Tourism. “This decision of the Brazilian government proves that we are living a new moment and that tourism is being seen as a vector of economic and social growth of the entire nation. This is the first step; we still have much to celebrate,” explained Minister Antônio.

“The United States was very receptive to the issuance of electronic visas. The World Tourism Organization says that when adopting an electronic visa, visa issuance increases by 25%, so we have exceeded that mark,” said Teté Bezerra, president of Embratur (Brazil’s Tourism Board, a federal agency and part of the Ministry of Tourism).

Now, with a strong Dollar and dozens of daily flights, experiencing Brazil is just a matter of desire and grabbing a plane. From the Amazon in the North to the wines in the South; from the exotic Pantanal in the Midwest to the lush beaches of the Northeast; amazing cities like Rio de Janeiro, São Paulo, Salvador and hundreds of hidden gems are just a few hours away.

With its spectacular beaches, lush rainforests, rich culture, exotic cuisine, and exciting nightlife, Brazil is one of the most compelling countries to visit today.  Travelers are invited to explore Brazil’s incredible geographical diversity – from the wetlands to the beaches. With a beautiful, tropical climate, Brazil is an easily accessible, exotic get-away for couples, families and business travelers.

For more information, go to VisitBrasil.com