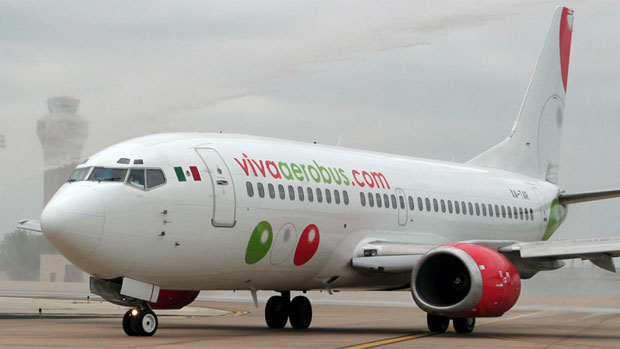 Viva Aerobus, Mexico’s ultra-low-cost airline, announces that it will be flying to the John F. Kennedy International Airport in New York from Mexico City. This new route will start operations on October 18th with a daily flight and with prices starting from USD $99.

“The future of passengers who fly between Mexico City and New York, today receives a great boost. New York is one of the most influential cities in the world, with an important Mexican passenger traffic. It is also a destination that, until today, was aspirational for many. Our foray into this market, one with the highest passenger traffic, is part of our growth.

Today, passengers who fly to New York to enjoy its entertainment and cultural offer, to visit family and friends or for business reasons, and all those who dreamed of knowing this destination, will find the best value offer in Viva Aerobus: lowest prices, direct flights and a service completely focused on the client”, said Juan Carlos Zuazua, CEO of Viva Aerobus.

”Open new connectivity options, with affordable prices, will bring New York and Mexico closer. It will continue positioning our country as a great tourist world power. It will facilitate the air access of New Yorkers to Mexico City and, from there, to any of our wonderful travel destinations”, mentioned Ambassador Diego Gómez Pickering, Consul General of Mexico in New York.

Viva Aerobus will offer passengers more than 132 thousand seats during the first year of operation of this new route, thus promoting international connectivity at everyone´s reach. The airline also strengthens its presence in Mexico City, a destination in which it has reported an 18% growth in the first four months of the year and from where it already flies to 20 destinations, two of them international: Las Vegas and, now, New York City.

According to Juan Carlos Zuazua, this new route represents another step in the development of the Viva Aerobus international flight network. Besides, it is the natural result of the evolution that the airline has had in recent years, being, nowadays, an airline with one of the youngest fleets in Latin America, a solid growth and a philosophy of loyalty to its passengers.

With this new route, which strengthens Viva Aerobus international competitiveness, the airline already offers a total of 92 routes to 40 destinations, 7 of them international. In this sense, so far in 2018, Viva Aerobus has already announced 7 new routes and, by the end of this year, it will have started operations, at least, on 12 new flights.

Passengers can buy their tickets on the official website of Viva Aerobus: www.vivaaerobus.com/en in VivaTiendas, calling the Call Center 0181 82 150 150 or at any point of sale of Grupo IAMSA such as on Omnibus de México, ETN, Primera Plus, Costa Line, TMT Caminante, La Línea and Autovías. Additionally, for passengers who fly from the US and want to pay in cash, they can book from the website and pay directly at any Western Union spot.