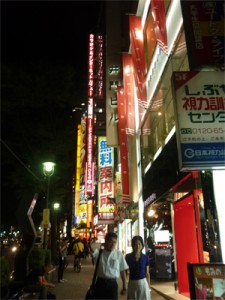 Japanese Tourism Department’s plan to double the number of tourist by the end of the decade, to ten million, is being threatened by Japanese hotel and inn owners who are swear to be cold to foreign guest, or not book them rooms at all.

A survey done by the Communication Ministry in the country found that in over 7 thousand hotels, 62% had at least one foreign guest last year. With hopes to increase that number, the statistic that 72% of those hotels that received no foreign guests would prefer that their doors remain closed to non-Japanese people, is troubling.

Realizing the arrogance on a larger scale, author Debito Arudou of a racial discrimination book, called his local government to enforce anti-discrimination laws and attempted to revoke the licenses of these hotels. He says “They are supposed to be part of the service industry, but they are not providing that proper standard of service to the foreigners.” But the real cause of these attitudes has yet to be determined. Reasons involving language barriers Is one issue being looked into.

There is not much the Japan Tourism organization can do to try and change the stances of these hotel and inn owners. They efforts are aimed at showing these businessmen and women that the foreigners represent a huge opportunity being missed out on. The group is continuing to try and make foreigners feel welcome in their country.